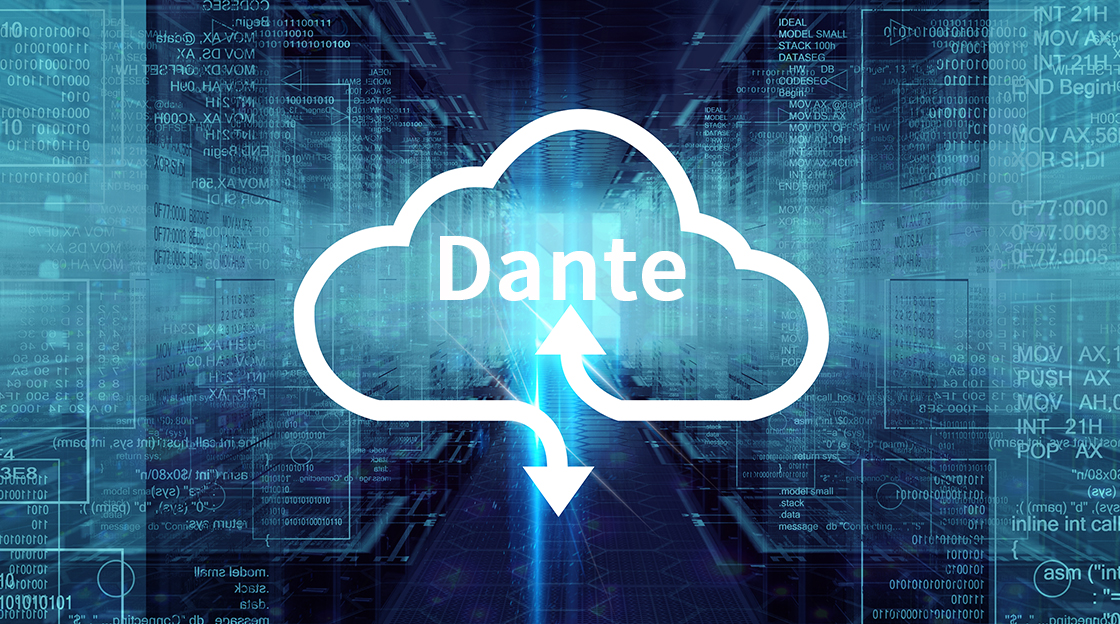 Dante, at the same time, it has its own unique advantages:

1) Shorter delay, the Dante system can adjust the available network bandwidth automatically to minimize the delay.

3) Adopt the Zeroconf proocol (Zero Configuration Networking), use the automatic configuration server to check the interface device, to identify label and partition IP address automatically. There is no need to start the high-level DNS or DHCP service, and save the complicated manual network configuration.

4) High compatibility of network. Dante technology allows audio signals, control data and other irrelevant data to share in the same network without interference. Users can make the most of the existed network without rebuilding the private network for the audio system.

6) The transmission mode of audio channel can be unicast or multicast. Dante technology can be managed by IGMP (Internet Group Message Protocol). It can filter or shield the broadcast audio channel according to the needs of the receiver, which makes the multicast audio routing controllable.

According to the number of the switch network ports, multiple Dante microphones or speakers can be added in the minimum system, and a microphone route can be set output to multiple speakers in the management software. But this system can't support multi microphone mixing output to one speaker. If there is such a demand, an audio processor needs to be connected to the system for matrix mixing. As shown in the figure below: 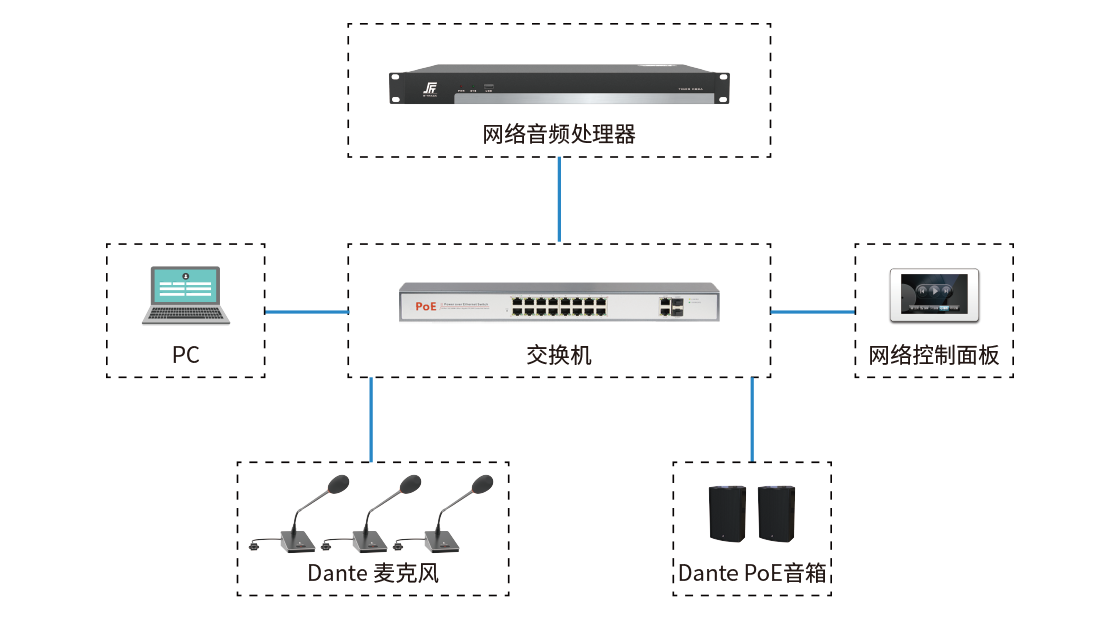 2. Collocation with Network Control Panel, the system volume and scene mode can be operated quickly without special maintenance.

3. POE power supply is used in the sound reinforcement part without power amplifier.

But, if there is no Dante microphone and Dante speaker, how to build Dante audio system?

Next：S-Track entered China Railway Beijing Engineering Group CO.,LTD. and made every effort to guarantee the meeting
Back to list